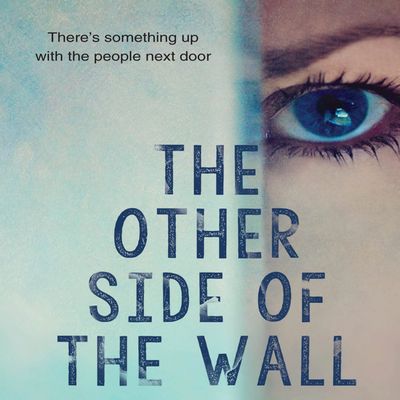 Andrea Mara is a freelance writer and award-winning blogger (OfficeMum.ie) who lives with her family in Dun Laoghaire.

Published by Poolbeg, her debut novel The Other Side of the Wall was partly inspired by the constant night-time waking of her youngest child - though Andrea is quick to point out that unlike her main character she never saw a body in the neighbours' garden!

When Sylvia looks out her bedroom window at night and sees a child's face down in the pond next door, she races into her neighbour's garden. But the pond is empty, no-one is answering the door.

Wondering if night feeds and sleep deprivation are getting to her, she hurriedly retreats. A week later, she hears a man crying through her bedroom wall. He says his wife and children are away for the summer and he joins them at weekends. Sylvia finds him friendly and helpful, yet there's an uneasy air about him.

Then Sylvia's little daughter wakes one night, screaming that a man was in her room. This is followed by a series of bizarre disturbances in the house...

Andrea Mara worked for 17 years in the funds industry in Dublin's International Financial Services Centre before moving into freelance writing. She writes lifestyle features for Irish newspapers, magazines, and websites.