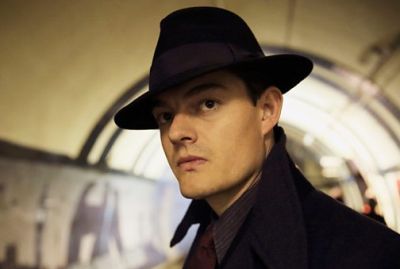 The BBC's adapatation of Len Deighton’s 1978 alternate history novel SS-GB begins on BBC One next Sunday, 19 February at 9pm.

It is 1941, the Germans have won the Battle of Britain. Although pockets of resistance continue to show their defiance, the vast majority of England and Wales are under Nazi occupation. After a German pilot is murdered by a British Resistance fighter, tensions could not be higher.

Detective Douglas Archer (Sam Riley, above) finds himself working under the brutal SS in occupied London. When investigating what appears to be a simple black market murder, he is dragged into a much darker world.