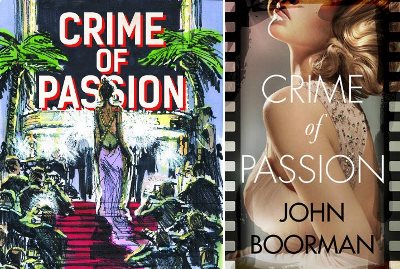 Film director Daniel Shaw and producer Jack Diamond have made well-received movies, but none have made money. In a last ditch attempt at success, Daniel and his writer concoct a script they hope is sexy and violent enough to attract a mass audience. They call it "Crime of Passion".

Their quest for financial backing takes them into the bizarre machinations of Hollywood and its tortured executives, whose fear of failure is even greater than their lust for success.

Boorman has been a longtime resident of the Republic of Ireland and lives in Annamoe, County Wicklow. His feature films include Excalibur, Zardoz, The General and The Tiger's Tail - all filmed in Ireland - as well as Point Blank, Deliverance, The Tailor of Panama and Hope and Glory. He has been nominated for five Academy Awards and awarded the Best Director Prize twice at Cannes.