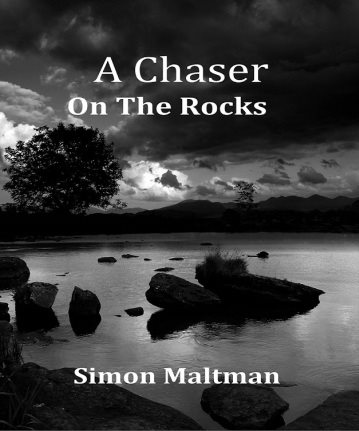 Simon Maltman is a writer and musician from Bangor, Couty Down. His first full-length novel, published this week, is the modern noir A Chaser on the Rocks.

Hardened by the mean streets of Belfast, ex-cop Brian Caskey works as a struggling PI. He is isolated and erratic, often losing the battle to maintain his fragile mental health. Caskey escapes the real world by writing crime fiction stories about a 1940s PI investigating mysteries during the Belfast Blitz.

A Chaser on the Rocks follows both of these characters in parallel as a "novel within a novel". The two stories reach a dramatic conclusion at the Giant's Causeway.

Maltman's crime fiction short stories, poetry and articles have featured in a number of magazines and anthologies. He is also a musician, in the band The Hung Jury.