Graham Norton to discuss his crime novel in Dublin 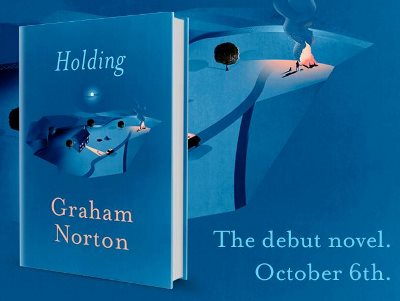 Graham Norton will be in Dublin on 17 October to promote his debut novel. The evening event at the Mansion House on Dawson Street will include an interview and an audience Q&A. The €25 tickets include a signed copy of his new book.

The event is presented by Easons. Norton will also be doing a short tour across the south of England to promote the book in October.


Holding goes on sale on October 6th. It has already been called a darkly funny novel, and the author himself describes it as "a mixture of mystery and romance set in a part of the world I love".

When human remains are discovered on an old farm - suspected to be that of Tommy Burke, a former­ love of both Brid and Evelyn - the village's dark past begins to unravel. As the frustrated PJ struggles to solve a genuine case for the first time in his life, he unearths a community's worth of anger and resentments, secrets and regret.

The Irish broadcaster has previously published two memoirs, So Me (2004) and The Life and Loves of a He Devil (2014), as well as Ask Graham (2001), a book based on his advice columns in The Daily Telegraph.