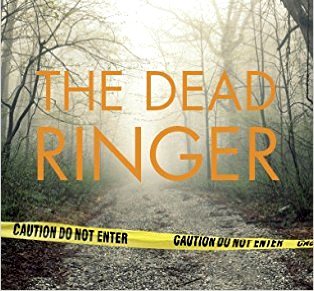 Tríona Walsh was one of 12 finalists at the 2015 Irish Writers Centre Novel Fair. Her debut novel, the crime thriller The Dead Ringer, will be published on 20 June 2016 by Liberties Press.

A young prostitute who bears a disturbing likeness to the Taoiseach's daughter Kate is found murdered in a Kildare wood. Could the Taoiseach have killed her?

Kate investigates why the woman was killed, but can she solve the case before she too ends up dead?

Described by the Irish Times as a "Dragons' Den for writers", the Irish Writers Centre Novel Fair was launched in 2011. A dozen up-and-coming writers pitch their ideas and sample chapters directly to publishers and agents. This year's judging panel who drew up the shortlisted finalists were writers Anthony Glavin and Martina Devlin and  Dublin City Librarian Margaret Hayes.


Triona Walsh is originally from Stillorgan. She has a degree in History and Politics from UCD, a Graduate Diploma in Journalism from Dublin Institute of Technology, and a Certificate in Art and Design from Ballyfermot College of Further Education.

She also writes poetry and short stories and was a winner in the Jonathan Swift short story competition and a runner-up in the Penguin Ireland/RTE Guide Short Story Competition in 2014.

She is a member of the poetry collective The Poetry Divas, performing at festivals and cultural events including Electric Picnic and Castlepalooza. She lives in Lucan.