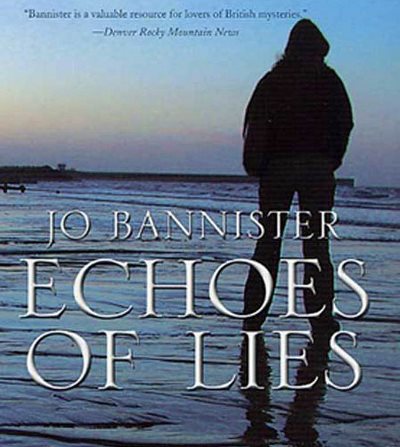 Originally from Rochdale in Lancashire, author Jo Bannister lives in Northern Ireland and had a career in journalism before coming a full-time and prolific author.

She left school at 16 to work on a weekly newspaper, and rose to become editor of the County Down Spectator. Since then she has published over 30 novels, including nine in the Brodie Farrell Mysteries series, which began with Echoes of Lies (2001).


Single mum and divorcee Brodie Farrell lives with her precocious young daughter in the quaint English seaside town of Dimmock.
Brodie is also a private detective who runs a service called "Looking For Something?".

When she's asked to locate the whereabouts of Daniel Hood, she finds the young man, passes the details on to her client, and thinks it's a job well done. But when the young man is found brutally tortured and left for dead, Brodie is overcome with guilt.

Desperate Measures (2015) is her latest mystery, the third novel in a crime series set in another small English town, featuring young police officer Hazel Best and her friend Gabriel Ash.

Bannister lives in Kircubbin, County Down.