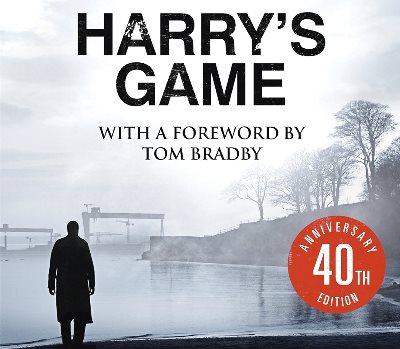 
A British Government cabinet minister is assassinated by IRA gunman Billy Downes, who escapes to Belfast. British army officer Harry Brown is sent undercover into the Falls Road community to track him down.

Seymour himself was an ITN correspondent in international hotspots during the 1960s and 1970s including Northern Ireland, Vietnam and the Middle East. After the success of Harry's Game he became a full-time writer in 1978.

Yorkshire TV turned the book into a mini-series in 1982, with Ray Lonnen and a pre-Casualty Derek Thompson as Brown and Downes respectively. Mostly shot in Yorkshire, the production is largely forgettable apart from the bad accents and Clannad's evocative theme tune, which reached the top five in the UK and Irish singles charts.

Seymour returned to Northern Ireland themes with his 30th thriller, Vagabond (2014), as MI5 targets dissident republicans who are trying to buy weapons from a Russian arms dealer.