The return of Inspector Celcius Daly 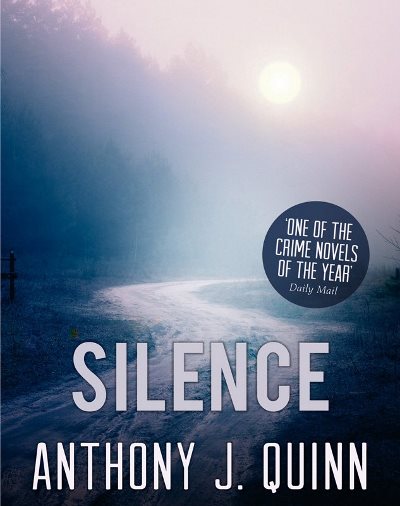 Silence, the third book in Anthony J. Quinn's "Inspector Celcius Daly" series, comes out in hardback this month and has already been picked by Easons as one of the best Irish novels of the year.

While the series is set in the modern PSNI around Tyrone and Armagh, this latest novel is about the legacy of the so-called murder triangle of the 1970s.


Father Aloysius Walsh spent the last years of his life painstakingly collecting evidence of savage murder: a year-long killing spree in Ireland's borderlands at the end of the 1970s.

Pinned to his bedroom wall, a macabre map charts the grim territory of death: victims, weapons, wounds, dates - and somehow, amid the forest of pins and notes, he had discerned a pattern.

So why did Father Walsh deliberately drive through a cordon of policemen and off the road to his death? Why, when Inspector Celcius Daly arrives at the scene, does he find Special Branch already there?

And why is his mother's name on the priest's map? Up to now Daly thought she was the unfortunate victim of crossfire in a paramilitary attack 30 years ago.