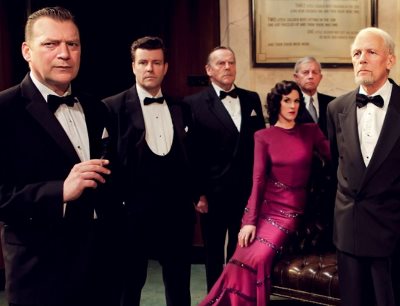 Agatha Christie's And Then There Were None comes to Dublin next week.

Her own stage adaptation of her popular murder mystery is currently touring the UK and Ireland to mark the 125th anniversary of the author's birth, as well as the 10th anniversary of the Agatha Christie Theatre Company. The Dublin run at the Bord Gáis Energy Theatre is from 11 to 15 August.


Ten strangers are lured to a remote island off the coast of Devon, but their host -  an eccentric millionaire - has gone missing. At dinner a recorded message is played accusing each of them in turn of having a guilty secret, and by the end of the evening the 10 guests become nine...