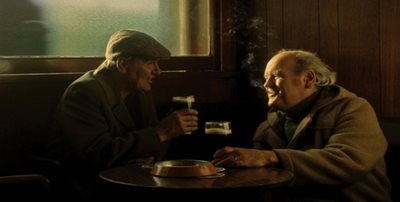 Anne Emery is a Canadian writer whose crime novels have a strong Irish slant but are squarely aimed at a North American audience. Her "Collins-Burke" series is mainly set in Nova Scotia, and occasionally Ireland or London.

The main characters of Montague ("Monty") Collins and Father Burke are introduced in the first book Sign of the Cross (2006). It's set in 1990 and a cross between a whodunit and courtroom drama.


Collins is a blues-playing criminal defence lawyer based in Halifax, with a semi-estranged wife. Father Brennan Burke is implicated in the strange murder of a young woman. Collins investigates but his client is arrogant, cynical and tight-lipped.

As the series progresses (and Collins and Burke become close friends), we find that Father Burke was born in Ireland, emigrated with his family to the States when he was 10, was raised in New York, educated in Rome, is fluent in Latin and swears like a trooper.

He drinks, smokes and has had at least one affair. He has an Irish accent with "the kind of curt, clipped voice you heard just before you lost your kneecap". 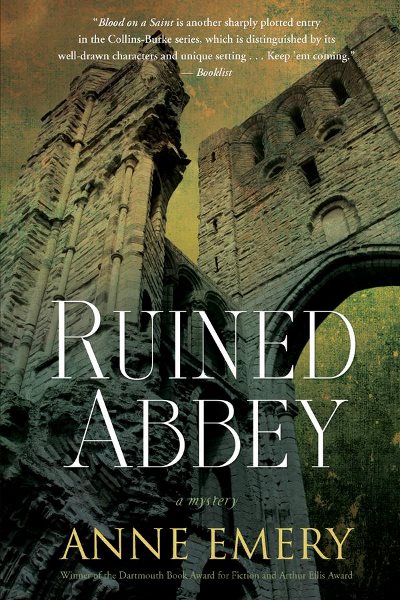 Ruined Abbey (2015) is Emery's latest and eighth novel in the series. It shifts the action to London and is billed as a prequel:


It’s 1989. The Troubles are raging in Ireland, bombs exploding in England. Father Burke is home in New York when news of his sister’s arrest in London sends him flying across the ocean. The family troubles deepen when Brennan’s cousin Conn is charged with the murder of a Special Branch detective and suspected in a terrorist plot against Westminster Abbey.

Emery was born in Halifax, where she still lives. She is a graduate of St FX University and Dalhousie Law School. She has worked as a lawyer, legal affairs reporter and researcher.