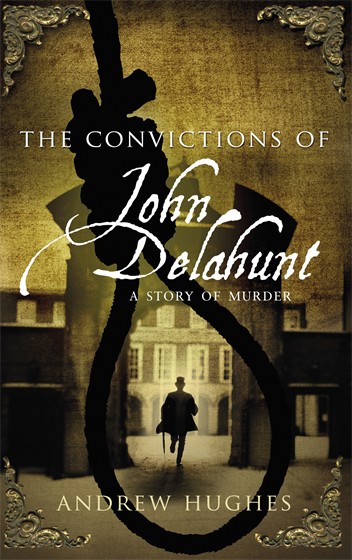 The historian was researching Lives Less Ordinary (2011) - his non-fiction book about the 19th-century residents of Dublin's Fitzwilliam Square - when he came across a true-crime story from the era that inspired his debut novel.


Dublin, 1841. On a cold December morning, a small boy is enticed away from his mother and his throat savagely cut. The murder causes a public outcry as the culprit - a feckless, amoral student named John Delahunt - is revealed to be an informant for the Dublin Castle authorities. As Delahunt awaits the hangman, he decides to tell his story.

Hughes is from Wexford and lives in Dublin. He studied history at Trinity College Dublin. A qualified archivist, he worked for RTÉ before going freelance.