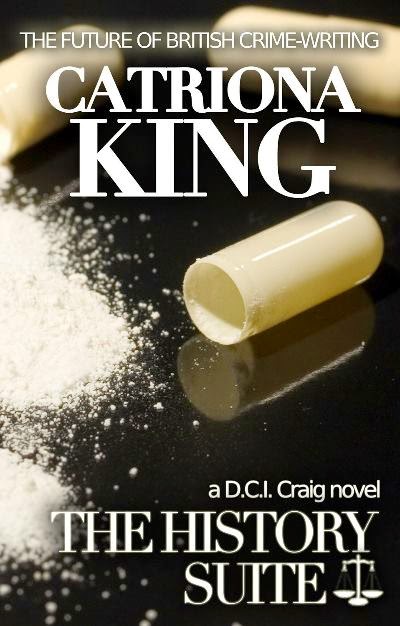 Catriona King grew up in Belfast and moved to central London to live and work as a doctor. She also trained as a police forensic medical examiner, and worked with the Metropolitan Police.

In recent years she has lived and worked in Belfast, basing her "DCI Craig" crime novels in Northern Ireland, with the Docklands Coordinated Crime Unit based in "one of Belfast's most colourful and oldest districts", Sailortown.

Her first novel, A Limited Justice (2012), introduced DCI Marc Craig. The History Suite, the ninth book in the "DCI Craig" series is published on 10 April 2015:


When a health worker is found murdered, everything points to a random attack. But when Marc Craig’s team investigates, motives of greed and payback are revealed. As the legacy of a faraway conflict plays out, a member of Craig's team finds the case echoing uncomfortably with his life, and another suffers a brutal wake up call.

The Carbon Trail (2014) is her standalone espionage thriller set in New York City.

Catriona is also the founder/director of Belfast's Studio Theatre Company, which performed two plays at the MAC Belfast in 2013 and took part in the Royal Shakespeare Company's Open Stages project in 2014.