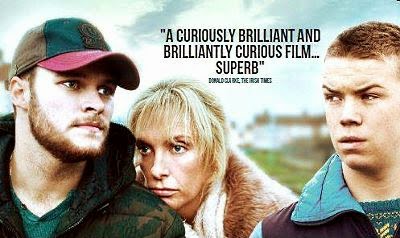 Glassland has taken the Best Irish Film award at this year's Jameson Dublin International Film Festival. Its cinematographer Piers McGrail was also awarded the Michael Dwyer Discovery prize for his work on the film and on Let Us Prey and The Canal.

Written and directed by Gerard Barrett and produced by Juliette Bonass, Glassland tells the story of a young taxi driver (Jack Reynor) on the fringes of Dublin's criminal underworld.

In a desperate bid to save his mother (Toni Collette) from addiction and unite his broken family, he is forced to take a job that will see him pushed further into crime. Whatever he decides to do, his and his family’s lives will be changed for ever.

The film had its Irish premiere in July 2014 at the Galway International Film Festival, where it was judged Best Film. Jack Reynor also took a Special Jury Acting Award for it at the Sundance Festival earlier this year.

The film opens in Irish and UK cinemas on 17 April, and will be released in Ireland on DVD and on demand on 31 July.


"Glassland is both a love story without sex, and a crime story without violence - a decided anomaly among just about every other film about life in an Irish slum." - Alex Springer

View the trailer for Glassland.